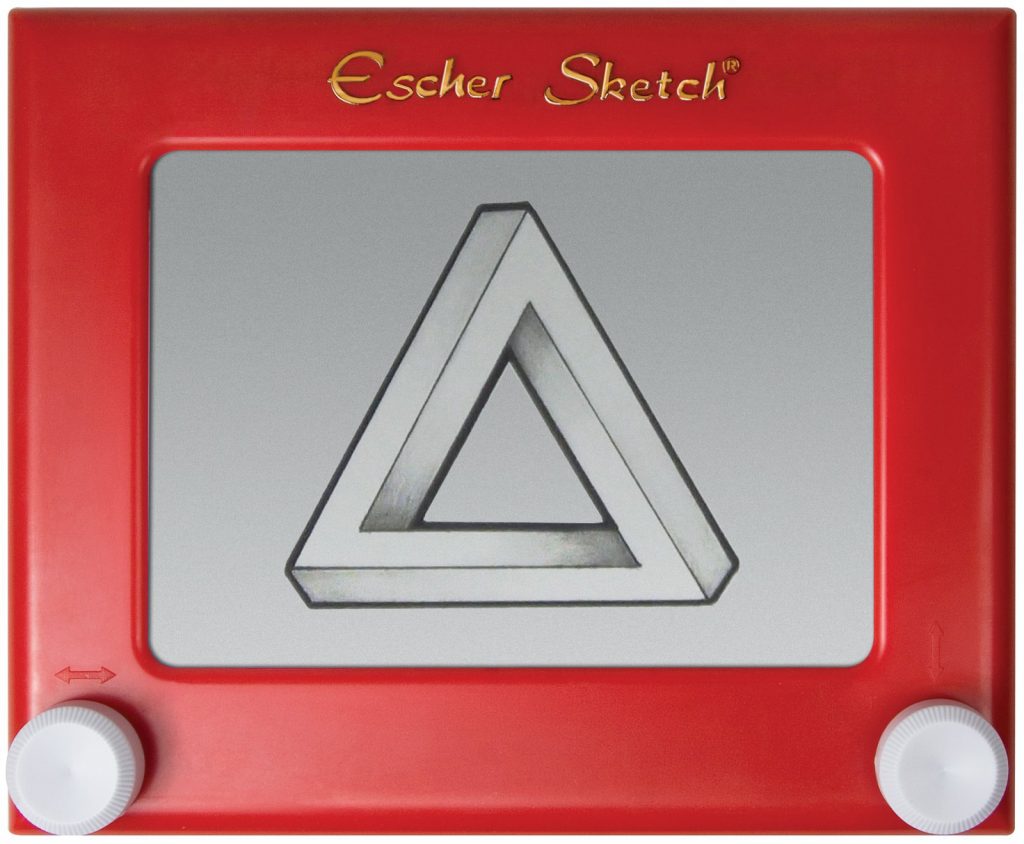 Art of Mass Production is pleased to announce the release of The Escher Sketch™, the world’s first fully-interactive 2D to 3D design translator. With the Escher Sketch™ a user inputs a 2D image – a sketch, a rendering, even a screen snapshot of a computer generated design concept – and the Escher Sketch Technology Engine® then analyzes the image for 3D realism. Using a proprietary software algorithm developed by the engineering team at Kahmunsens, Inc, the Escher Sketch™ identifies conversion errors, including:

The user can then adjust the 2D image and repeat the process, until a satisfactory 2D to 3D conversion has been performed. This process, commonly known as ideation, is expedited by using the Escher Sketch™. Instead of wasting hundreds of man-hours (and thousands and thousands of dollars) in project do-overs, the Escher Sketch™ will help your team design something real – quickly and easily. It is a break through in design communications.

Here is what some recent users have to say about the Escher Sketch™:

“It was surreal,” said famed industrial designer Louie Raymond, “I have been designing things with impossible geometry for decades, and now with the Escher Sketch™ I can finally understand what the engineers have been saying.”

“It’s kind of like a spelling and grammar checker in 3D,” commented architect Brewer Marcelis. “I thought I was good at communicating my ideas, but my engineers kept telling me I was full of it.  Now I know while they call me the guy with Visual Diarrhea.”

“Even though my drawing may violate some of the most basic physical laws of the universe, that doesn’t mean it was a bad design,” said one design student. “With the Escher Sketch™ I can learn to translate my idea into something that can actually be made.”

The Escher Sketch™ is based on the work of the late M.C. Escher, a Dutch graphic artist who was a pioneer in the field of artistic realism. His work on visual perspective has allowed architects, designers, engineers, and scientists to better understand the nature of three-dimensional space, while using the limitations of a two-dimensional format.

The Escher Sketch™ is available in two versions, the Idyat, and the Idadv. The Idyat is intended for young industrial designers and architects, or anyone still in training. The Idadv is an advanced version with an integral voice chip that will deliver meaningless accolades in a choice of 4 different languages and 3 soothing voices. This version is well suited for anyone with the title “Design Leader, Design Influencer, or Design Visionary.”

The Escher Sketch™ case is made from SKP (some kinda’ plastic), with a touchy-feely clear thingy for the front.

Legal disclaimer: The images and text shown are for entertainment and amusement purposes only, and the author makes no assertion that there is any affiliation between any of the referenced entities. Furthermore, the characters quoted are fictitious, and no identification with any actual persons or products is intended or inferred.

Want to hear more from Art of Mass Production?

Sign up for a monthly update of our latest posts.

You have Successfully Subscribed!